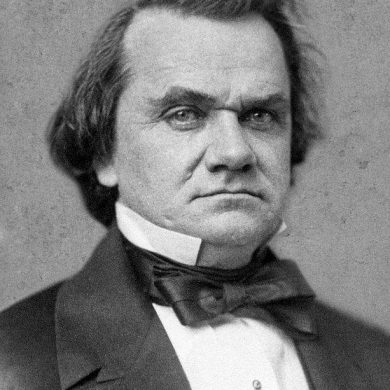 Douglas was both the best-known Democrat in Illinois in 1858, and he was generally accepted as the front-runner for his party’s nomination for United States President in 1860. But first he had to get re-elected to the United States Senate. At only 5 feet, 4 inches tall, Douglas was known as The Little Giant because of his loud, booming voice. 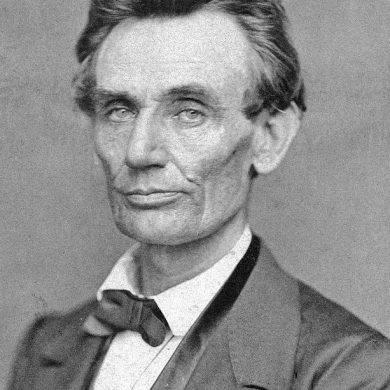 Lincoln was not well known even in Illinois when the Republican Party nominated him to challenge Douglas in 1858. Once called, “A seventy-six-inch-long squirrel,” Lincoln towered over Douglas by a full 12 inches. 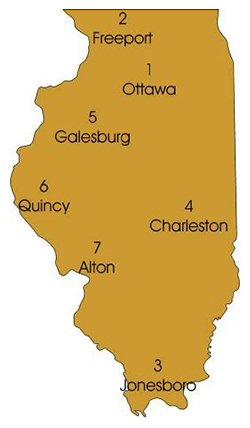 History of the Lincoln-Douglas Debates

United States Senators were not elected by popular vote at that time, but by state legislatures. As a result, Douglas and Lincoln both campaigned to give their party a majority in the Illinois General Assembly.

With a strong organization and more money, Douglas was able to draw large crowds whenever he appeared in public. Lincoln was forced to use Douglas’ crowds as a place to advertise his own rallies, usually speaking later in the day or the next day.

Tired of being dogged by Lincoln across the state, Douglas finally agreed to “share the same platform and divide our time.”

The locations of the debates were determined by which towns in each Congressional District had the best transportation connections. 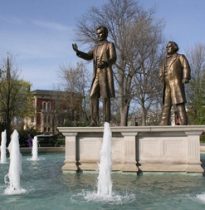 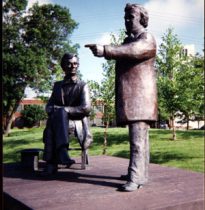 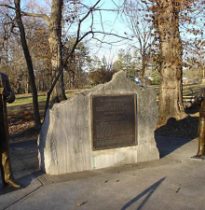 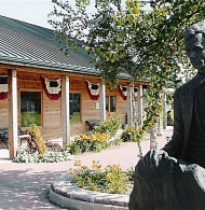 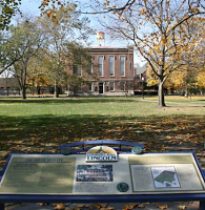 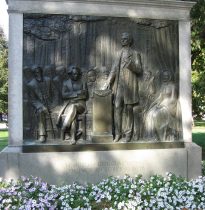 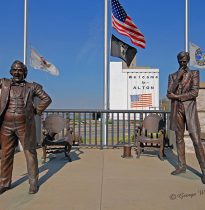 National interest in the debates was aroused because of the nature of the topic and the prominence of Douglas as possible presidential nominee. Newspapers across the nation reprinted the debate texts as originally published in Chicago newspapers.

After the election Lincoln took his collection of newspaper texts of the debates and had them published in book form.

Lincoln gained national attention because of the debates, which led to his being the nominee of the Republican party for president in 1860.

Douglas-Lincoln Debates was how the debates were known for many years after the election.